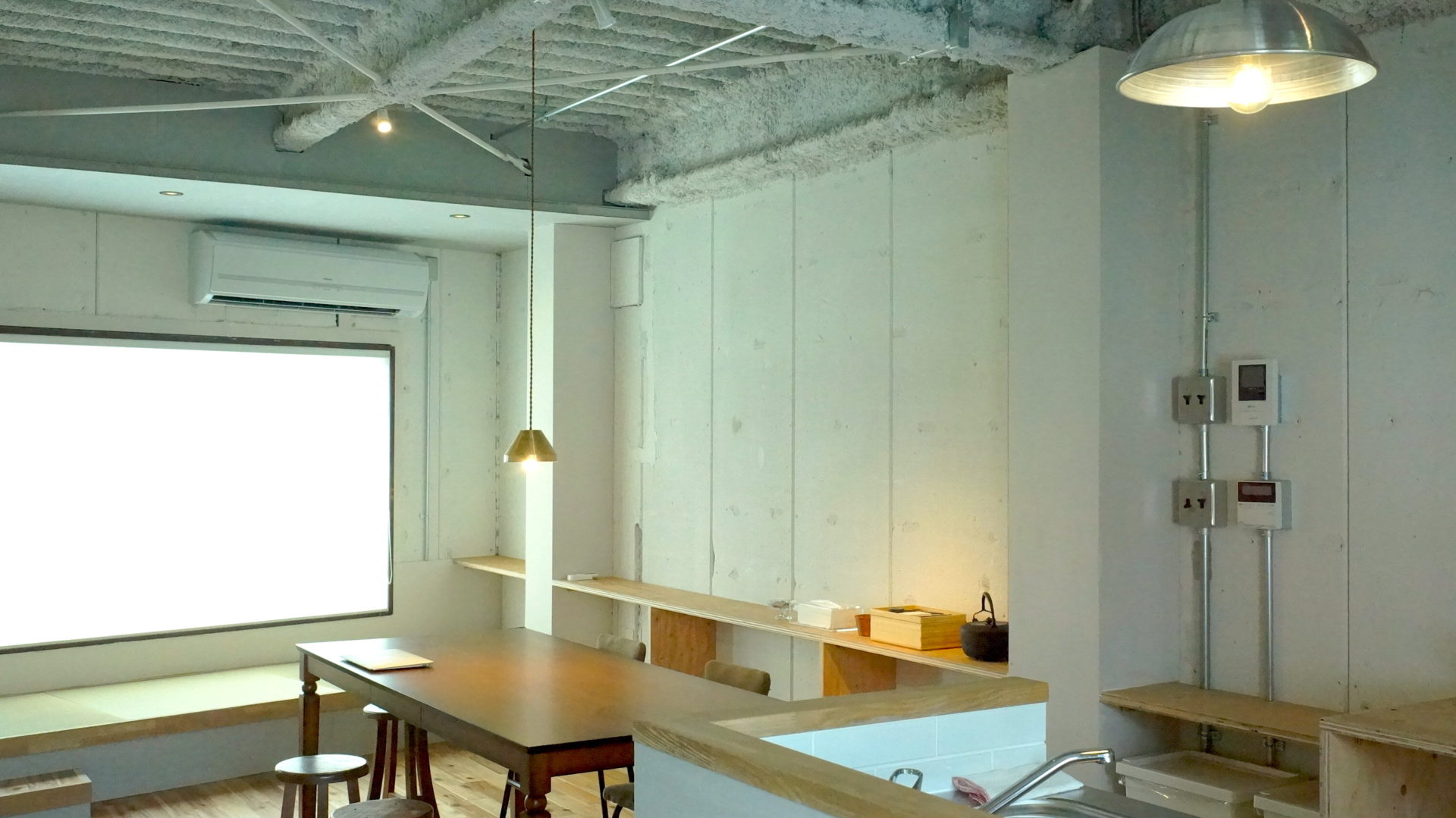 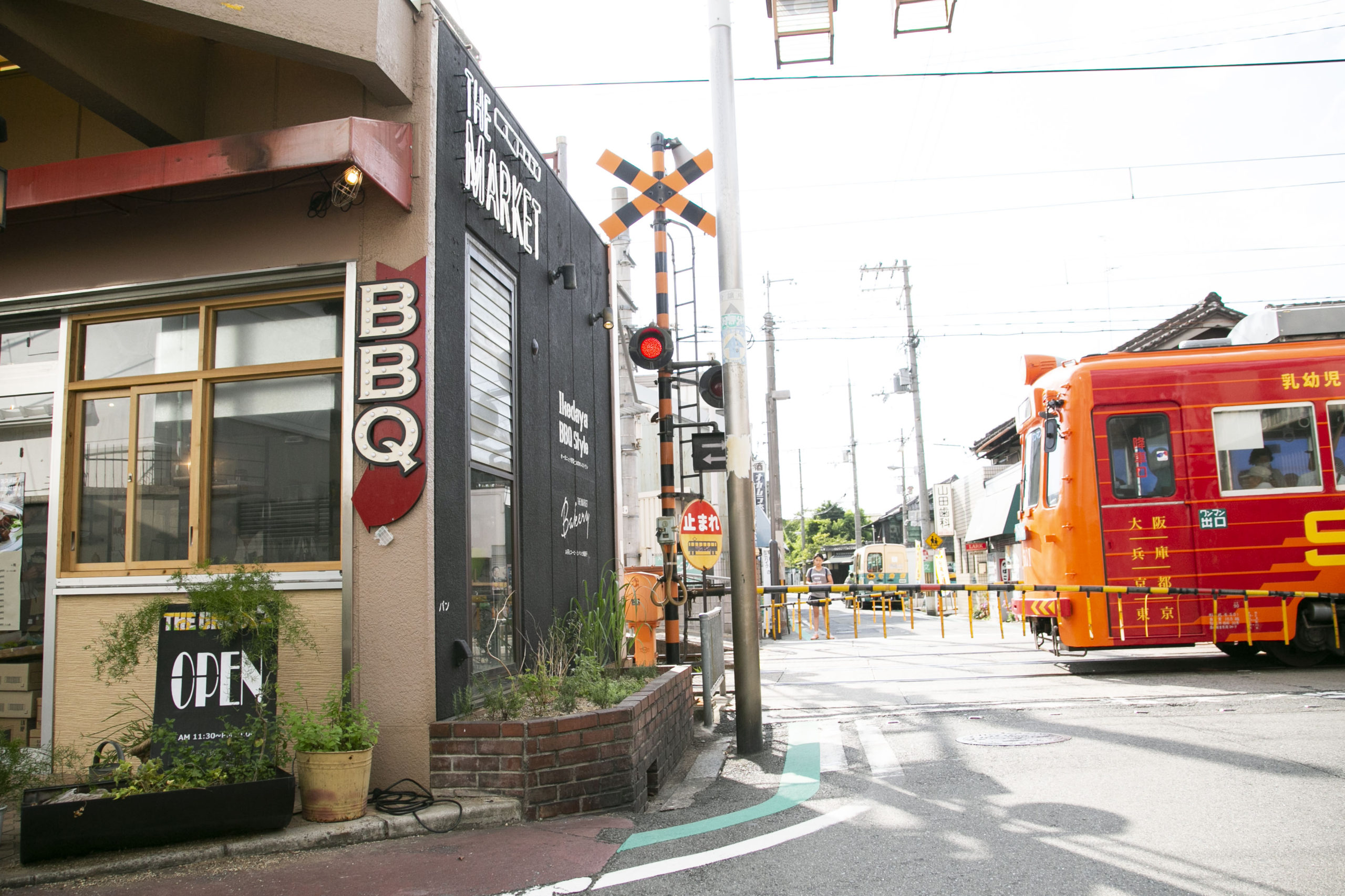 THE MARKET was opened in May 2018 which has a bakery shop and a cafe, built on the concept of a permanent market just in front of the Higashi-tengachaya tram station.
ikedaya BBQ style plays a part in it.

This shop traces its roots in a popular standing bar in Ikeda city, located in northern Osaka. Mr. Shinjo, the owner of this shop, has found new possibilities of the BBQ style which is the simplest food preparation method, triggered by opening a pop-up shop at the Ashiharabashi Up Market, monthly held in Naniwa district since 2013. From then on he has actively opened a pop-up shop in various locations and succeeded in establishing his own style. Events across the nation provided him the encounters with trusted farm producers. In 2018, he finally opened a location empathizing with the concept of “THE MARKET”.

“BBQ” letters illuminate in front of the station where communing students, businessmen and shoppers come and go. From the window, you can see fire flared up and smell a grilled meat in the air. Homemade bacon and Hamburg, which are baked straight away over the charcoal before your nose, are the most popular menu.

Every Monday, Thursday and Friday you can purchase vegetables and rice directly from the farmers who come to sell the products by themselves. Why don’t you go there to appreciate the fun of the market in your daily life?

Cheers! One of our previous guest enjoyed house pa

Our latest guests wrote review about our pans. Hap